Flint Michigan’s struggle didn’t begin in 2014 when city officials discontinued using  Detroit’s water system and began sourcing public water from the Flint River as a cost-saving measure. The lead-contaminated tap water crisis and the events leading up to it may have only developed in the past three years, but Flint had been a city in decline over the past four decades.

At the height of its prosperity in the 1960s, Flint had approximately 200,000 residents, 40% of which were employed by General Motors (GM). Forty years later, however, Flint’s population has been cut in half, and GM now employs fewer than 10,000 employees. According to an MSNBC report, 2013 was the first time in almost one hundred years that the city had a census population below 100,000, and all indications are that this downward trend is continuing. The 2014 population was close to 99,000, which was down from the 2013 figure of 99,791.

As decent-paying jobs left Flint, so did the businesses that had been supported by a well-paid blue-collar workforce. Since 2000, Flint has been forced to declare a state of financial emergency two times, the most recent in 2011. The decision to switch from the Detroit Water and Sewage Department (DWSD) to Karegnondi Water Authority (KWA) — a measure that was projected to save $200 million over the following 25-year period — was largely due to the monetary pressures that the financially embattled city faced.

Most people take it for granted that the water that comes from their faucet is safe to drink. They trust the government to employ the safeguards that have been put into place to ensure that they aren’t slowly poisoning themselves. Unfortunately, in the case of Flint residents, their trust in tap water regulations was met with drinking water that, in some cases, had hundreds of times more lead in it than federal law allows.

Like most crises, the situation has its share of heroes. Without the efforts of Lee-Anne Walters, Miguel Del Toral, Dr. Marc Edwards, Dr. Mona Hanna-Attisha, and several other key individuals, the Flint Michigan water crisis may have continued indefinitely as the damage that the chlorine additive had caused to the pipes couldn’t have been undone by switching water sources.

Once the water crisis came to light, however, bottled water companies immediately began to deliver free pallets and racks of bottled water to critical areas within the city of Flint — even before a federal judge mandated that the city start providing it. This philanthropy has been instrumental in ending the residents’ exposure to the existing hazard. To date, members of the International Bottled Water Association (IBWA) have donated the equivalent of more than three million half-liter bottles of water to Flint residents.


Is Bottled Water Safer to Drink Than Tap Water?

Anyone who drinks tap water needs to know whether it’s safe. EPA tap water rules for lead have been in place for years, but in the events leading up to the Flint Michigan water crisis, (See Timeline Below) those regulations were ignored. When comparing bottled water vs. tap water regulations, it’s important to recognize that bottled water is a food product that is comprehensively regulated by the US Food and Drug Administration (FDA).

Here are some of the FDA’s standards for bottled water:

In addition to  FDA standards, bottler members of IBWA must also comply with a Code of Practice that includes stringent rules that often exceed government requirements.  In addition, all IBWA bottler members must undergo an annual inspection by an independent third-party organization to demonstrate that they meet all FDA and IBWA requirements

At Polymer Solutions International, we manufacture and sell water racks and pallets made from hygienic and durable plastic for heavy use. Plastic isn’t porous, so our products aren’t as susceptible to bacterial contagions as pallets or racks made from organic materials, like cardboard and wood. Our products can be washed and disinfected for repeated use.

Polymer Solutions International is a global leader in the bottled water transportation industry, and our ProStack bottled water racks are used by nearly every major bottler. We are proud of our business partners who participated with us in assisting the residents of Flint during their time of need, and we will continue to be there until the crisis ends.

A Timeline of the Flint Michigan Water Crisis

To better understand the crisis that ensued, it’s worth taking a poignant look at a timeline of events: 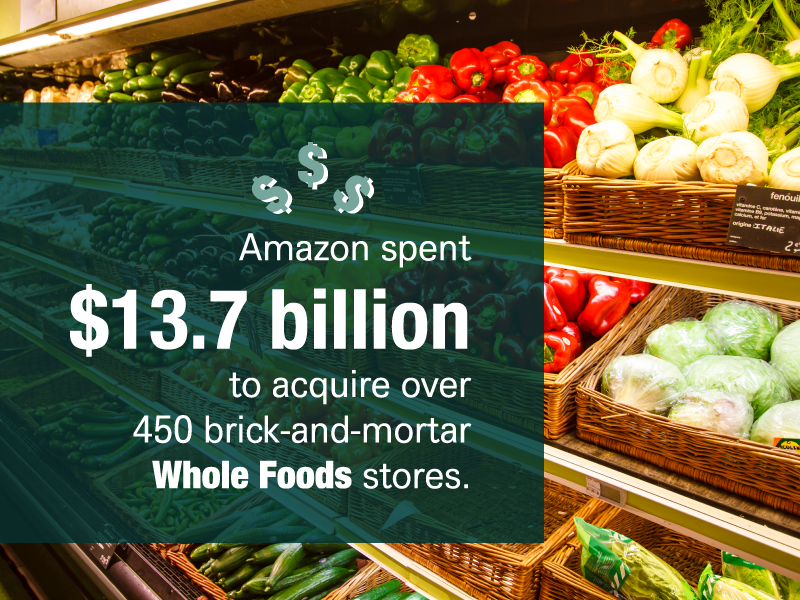 What Does Amazon’s Acquisition of Whole Foods Mean for the Grocery Industry?